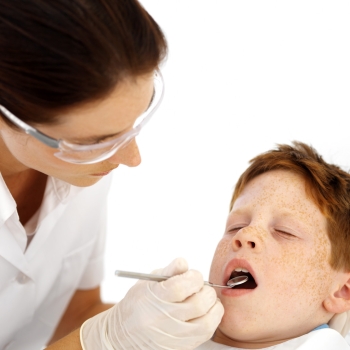 Maryland is working to make affordable dental care available to its citizens – especially its children. According to a 2010 report by the Pew Center on the States, nearly 17 million children nationwide live without proper dentistry each year. Maryland is one of the few states attempting to right this situation. Only 6 states in the report received a grade of “A” for sufficient care, and Maryland was one of those states.

Maryland entered the national spotlight in 2007 when a 12-year-old resident died of an infection from an abscessed tooth, which fatally spread to his brain. After the incident, Maryland residents appeared to realize that the quality and availability of care for children in their state had to change. In 2008, Maryland took quick action to improve the quality of its Medicaid by adding more providers, and investing $7 million in reimbursement rates.

The Pew Center report notes that “Unlike so many of America’s other health care problems, the challenge of ensuring disadvantaged children’s dental health and access to care is one that can be overcome.” Though Maryland is attempting to overcome this situation, unfortunately, there are not very many other states that are actively pursuing obtaining oral care for more of their young citizens.

The main problem in other states is simply a lack of available Medicaid dentists – the reimbursement rate for Medicaid does not make them as much money as insurance coverage does. When children are not able to have regular checkups, both their oral health and overall health can be at risk. According to the report, twice as many people do not have oral health coverage as those who do not have health insurance.

Lack of low cost care is a serious problem that requires an immediate remedy. The Pew Center on the states report had this to say about finding affordable dental care: “There are a variety of solutions [that] can be achieved at relatively little cost, and the return on investment for children and taxpayers will be significant.”

You can follow Maryland’s example to help make affordable dentistry available in your community, in ways including petitioning your state for more dentists and more reimbursement.