Raisin Cereals May Lead to Cavities 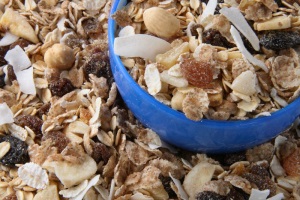 Acidic plaque can cause extensive tooth decay, creating multiple cavities in your mouth. Though cheap dental treatment can easily correct a cavity, there is now a debate regarding whether or not raisins increase plaque acid levels, according to Science Daily. "Some dentists believe sweet, sticky foods such as raisins cause cavities because they are difficult to clear off the tooth surfaces," said Christine Wu, a professor and director of cariology research. It has been thought that raisin sugar can increase the acid of plaque, leading to cavity formation.

To test this, a study examined the diets of children 7-11 years old, comparing the affects of four food combinations that included raisins. The combinations tested were raisins, bran flakes, raisin bran cereal, and a mixture of bran flakes containing raisins with no added sugar. Sucrose and sorbitol sugar substitute were also tested as controls to the sugar included in some of the combinations. After acid levels of the children’s plaque were measured at intervals, researchers came to two key conclusions.

The plaque acidity of children who were given 10 grams of raisins to eat did not reach the dangerous level that could lead to a cavity. Achint Utreja, one of the research scientists said that “adding unsweetened raisins to bran flakes did not increase plaque acid compared to bran flakes alone.” Furthermore, Wu confirmed that “studies have shown that raisins are rapidly cleared from the surface of the teeth just like apples, bananas and chocolate.” Raisins, either eaten alone or when added to bran flakes, do not increase acidity of plaque.

The sugar in raisin brans, however, may adversely affect teeth.

Although the study concluded that raisins alone do not lead to cavities, it also revealed something else. The study noted that commercially marketed raisin brans significantly increased plaque acidity. This increase puts the enamel of teeth at risk for the mineral loss that can lead to cavity formation. Without the cheap care to properly maintain your teeth, this loss of enamel minerals could become a problem. Wu explained that "Plaque bacteria on tooth surfaces can ferment various sugars such as glucose, fructose or sucrose, and produce acids that may promote decay. But sucrose [as contained in raisin brans] is also used by bacteria to produce sticky sugar polymers that help the bacteria remain on tooth surfaces."


Thankfully for raisin lovers, the study showed that raisins alone do not contain enough sugar to cause a cavity. However, raisin cereals can lead to an increase in the acidity of plaque that can contribute to cavity formation. With this in mind, it is important to take proper care of your teeth, especially after consuming raisin bran cereal. If you do develop a cavity, there is plenty of cheap dental work available through discount plans to get your cavity fixed.