What You Need to Know About Fluoride 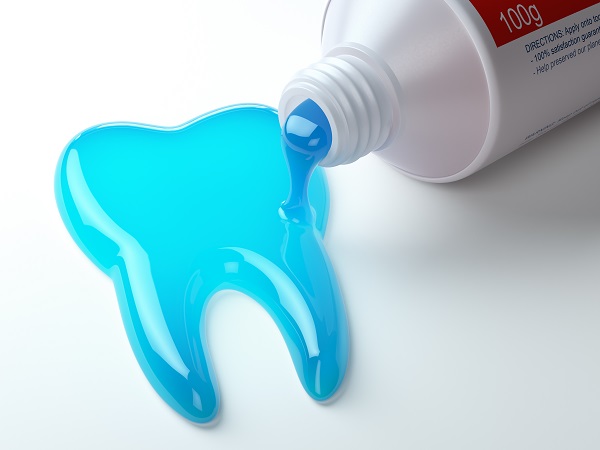 When I moved to West Texas, I noticed something interesting: it wasn't uncommon for people to have light brown speckles on their teeth.

I learned that the tap water in the area wasn't considered safe to drink, especially for children. My friends in junior high and high school desperately applied Crest Whitestrips weeks before school dances to try to reverse some of the damage sustained to their teeth in childhood.

What was going on? There was too much fluoride in our water, causing a condition known as fluorosis.

Fluoride is a mineral that is found naturally in many foods, water sources and throughout the world.

Fluoride is known for effectively preventing cavities. It can rebuild tooth enamel, slow loss of minerals from teeth, reverse early tooth decay and prevent the growth of oral bacteria.

In the 1930s, researchers discovered that people who grew up drinking naturally fluoridated water had far fewer cavities than others. It was first added to some U.S. water supplies in 1945, and since then, many more municipalities have adopted it. Now, it is used in the drinking water of three-quarters of Americans.

In fact, the Centers for Disease Control and Prevention has named the fluoridation of American water one of the 10 great public health achievements of the 20th century.

However, when consumed excessively, it causes fluorosis.

Fluorosis is a disease that afflicts children's teeth with streaked or speckled white spots, black or brown stains, and cracking and pitting. These signs often appear after a child consumes large amounts of fluoride during their teeth-development stage.

Treatment for the condition (if Crest Whitestrips don't work) can include costly procedures at the dental office such as tooth whitening and tooth restoration through the use of crowns, bonding and veneers

Unfortunately, advanced fluorosis can go much deeper than the discoloration of teeth. It can lead to thyroid problems, bone damage throughout the body and even neurological problems. In 2014, fluoride was identified as a neurotoxin that could be hazardous to child development.

Who Is Most Vulnerable to Fluorosis?

Children are considered to be most vulnerable to fluorosis. Fluorosis occurs all over the world, and some areas (like the South Plains area of West Texas) have naturally elevated level of fluoride in the soil, which in turn affects the water supply. Since the mid-1980s, cases of fluorosis in children have only increased.

It is most likely to affect children under 8 who do not have all their permanent teeth yet. In addition, children are more likely than adults to swallow toothpaste (which often contains fluoride).

It may be best for parents to give their children un-fluoridated toothpaste until they can consistently prove that they spit it all out (typically age 3 or 4).

How Are We Exposed to Fluoride?

Here are some common ways you can get exposed to fluoride:

Even natural disasters like volcanic eruptions can result in excessive fluoride exposure. When the Icelandic volcano Eyjafjallajökull erupted in 2010, some were concerned about the giant cloud of volcanic ash drifting into parts of Europe and contaminating the drinking water.

While the European Food Safety Authority (EFSA) believed risks to both humans and animals from the fluoride were negligible, the concerns were understandable. Across the ocean in Ireland, 2% of children had some level of fluorosis. Fluoride had also been associated with significant loss of life during the eruption of another volcano in Iceland during the 1700s, when 50% of Iceland's livestock perished largely due to fluoride poisoning.

How Much Fluoride Is Safe?

The question of how much fluoride is safe has been debated for some time. Many people are understandably concerned that the government is putting fluoride in our water when we're not entirely sure of the effects.

A few years ago, a Harvard study came out that concluded that countries that do not fluoridate their water have seen cavity rates drop significantly.

The study was supported by some scholars and rejected by others, but it highlights the fact that there is a lack of consensus regarding how much fluoride is safe to consume.

In 2011, the U.S. Department of Health and Human Services and the U.S. Environmental Protection Agency lowered the recommended levels of fluoride for the first time in 50 years to 0.7 milligrams per liter of water. However, some places in the country have fluoride levels as high as 4 or 5 milligrams per liter.

How to Lower Your Fluoride Exposure

If you are concerned that your family might be ingesting too much fluoride, here are some options:

Only your dentist can tell you how much fluoride is appropriate for you. We recommend always asking your dentist which oral care products are best for your family.

How much fluoride is in your water? Find out here.

Do You Need Dental Treatment for Fluorosis?

If you need a crown, veneer, whitening or other treatment for fluorosis, a dental discount plan can help. It's an affordable alternative to dental insurance that allows you to pay one annual fee and get access to significantly reduced rates offered by 100,000+ dentists nationwide all year long. Anyone can join and save immediately on dental procedures regardless of age, employment status or pre-existing conditions.